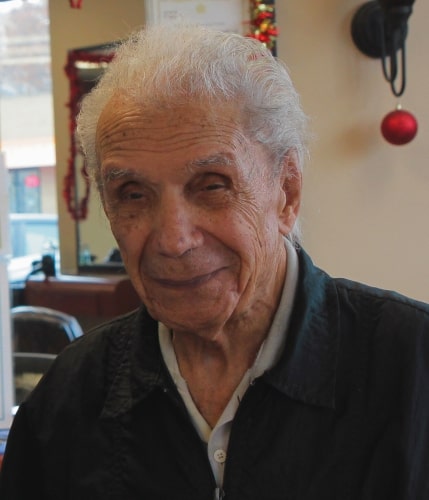 Imagine doing the same job for nearly a century and giving it your best everyday. That was the case for Anthony Mancinelli who cut hair for 96 good years and who succumbed to jaw cancer complications on September 19 aged 108.

According to a report published by CNN, Mancinelli who is regarded as world’s oldest barber, began cutting hair in 1923 at a time he charged KSh 25 for his services.

Leading up to his death, he worked at Fantastic Cuts in New Windsor in New York, where he charged KSh 1900 for a haircut. 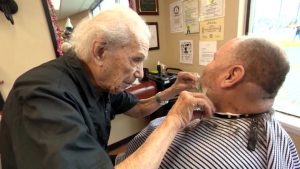 anthony macinelli at work in a past photo. PHOTO/COURTESY

His son, Robert Mancinelli described his fallen dad as one who was loved and known worldwide.

“Everybody loved him. He’s known worldwide.”

Robert disclosed his father had been healthy for most of his life until he was diagnosed with cancer in February 2019.

The oldest barber in the world, Anthony Mancinelli has died at the age of 108, after 96 years of cutting hair https://t.co/cec8Q9Ok4B pic.twitter.com/aJYkSOYJJb

Jane Dinezza, the owner of the shop where Mancinelli plied his trade, said she is still in shock.

“He’s a legend,” Dinezza said. “One of the TV stations asked who would work in his chair now. I didn’t think of it then, but could anybody fill that chair? No.“

Dinezza said she would like to leave that chair open as a memorial to Mancinelli.

Anthony Mancinelli’s wife passed away 15 years ago, and his other son died 36 years ago, Robert Mancinelli said.