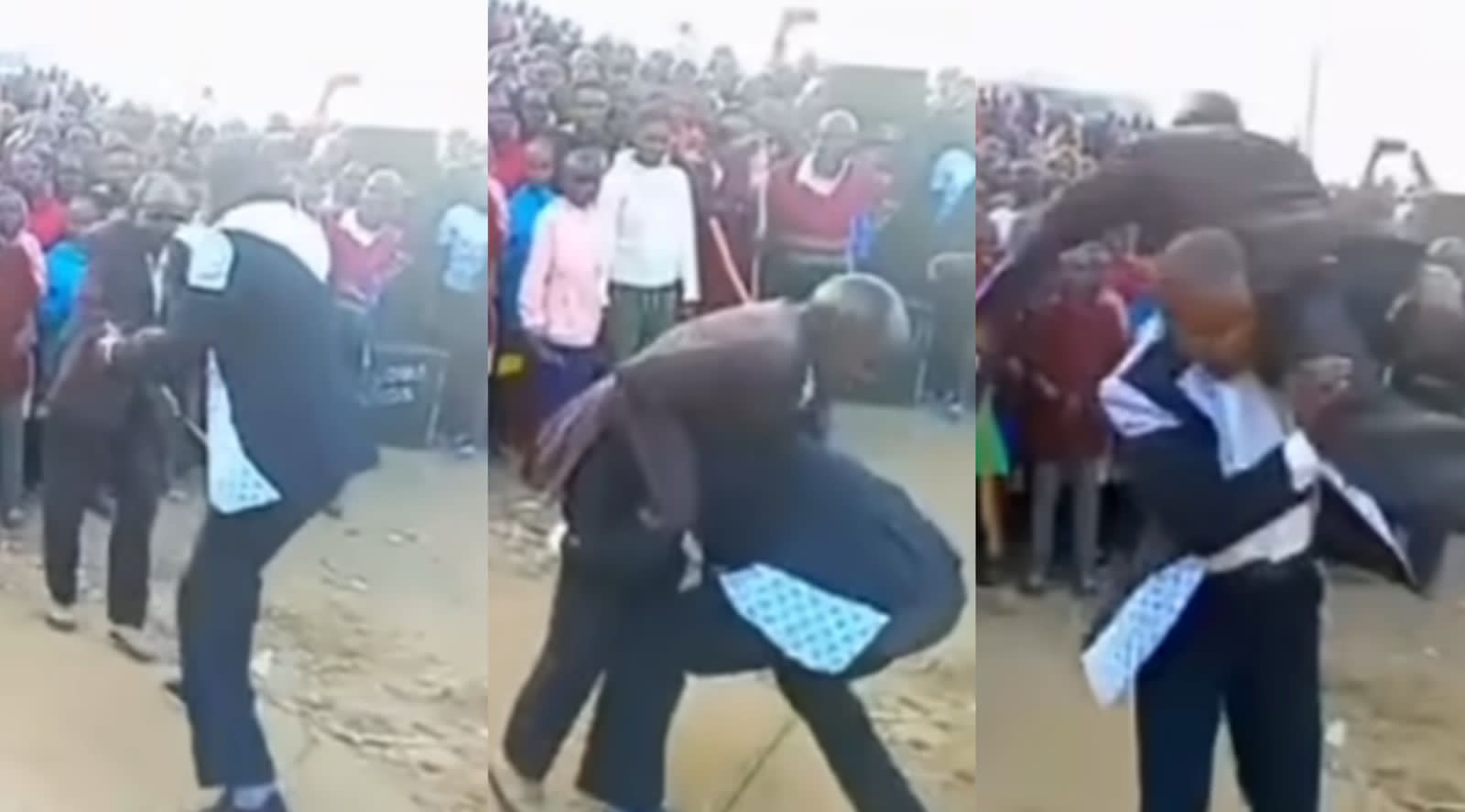 In his latest theatrics, the musician picked an old man while performing and placed him on his shoulder and started spinning him in circles.

The old man was enjoying Embarambamba’s performance while standing in the crowd when the musician pulled him.

He then lifted him quickly and spun him wildly as the crowd watched.

Elsewhere, in May, Embarambamba made it to the trending tab on Twitter after a video of him ‘dirty’ dancing went viral online.

In the clip, the singer grind on a lady who was in a compromising position on the floor, as he performed in a place believed to be a nightclub.

Embarambamba engaged the lady in the dance amid wild cheers from his fans.

“Embarambamba, that was gross. You crossed the line,” wrote Mutua.

Mutua also raised concerns over the musician’s stunts saying that he is endangering himself and he needs to be stopped.

Mutua also urged his fans to stop cheering him as they could be leading him to self-destruction.

“Why do I feel like Embarambamba is a danger to himself and that his fans could be cheering him to self-destruction? Is this style sustainable? Is it even sane?” wrote Mutua.

Size 8: Why I Left My Matrimonial Home
DJ Mo Engages Fan in Heated Exchange over Infidelity Claims
To Top