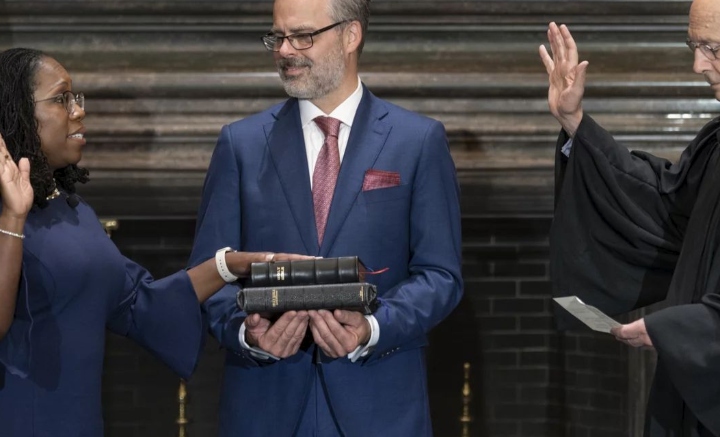 Ketanji Brown Jackson has been sworn as the 116th Supreme Court justice and the first Black woman to serve on the high court.

Jackson was sworn in in a brief ceremony where she took two oaths; a constitutional oath and a judicial oath administered by Chief Justice John Roberts and Breyer respectively.

Following the oaths, she is set to begin her judicial duties.

The ceremony was brief and graced by a small group of people including her beloved husband and their daughters.

A larger ceremony has been slated for a later date.

“I am truly grateful to be part of the promise of our great Nation. I extend my sincerest thanks to all of my new colleagues for their warm and gracious welcome,” Jackson said. 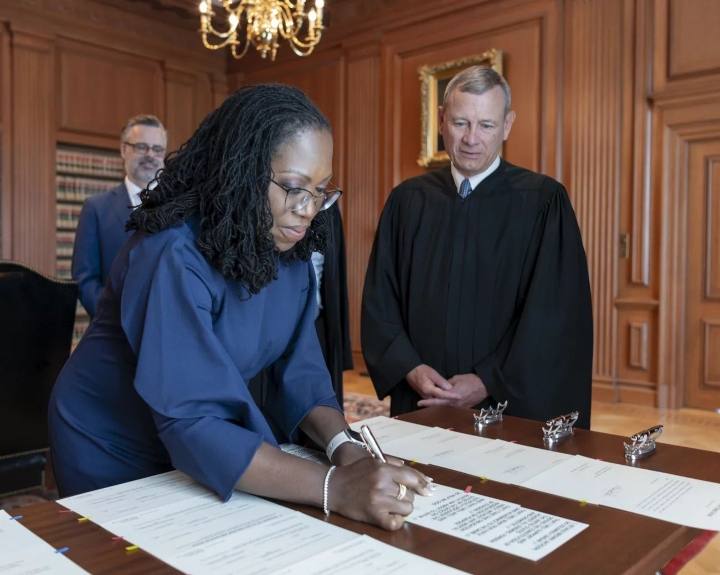 The new development follows months-long process that began in February when US President Joe Biden fulfilled the promise to appoint the first black woman to the Supreme Court.

“For too long, our government, our courts haven’t looked like America

“And I believe it’s time that we have a court that reflects the full talents and greatness of our nation with a nominee of extraordinary qualifications and that we inspire all young people to believe that they can one day serve their country at the highest level,” Biden said.

Jackson who was nominated to replace Breyer was confirmed by the Senate with on a 53-47 vote in April.

“It has taken 232 years and 115 prior appointments for a Black woman to be selected to serve on the Supreme Court of the United States, but we’ve made it! We’ve made it all of us

“I have dedicated my career to public service because I love this country and our Constitution and the rights that make us free,” Jackson said.

Jackson served eight years as a federal trial court judge until June when she was confirmed for a seat on the U.S. Court of Appeals for the District of Columbia.