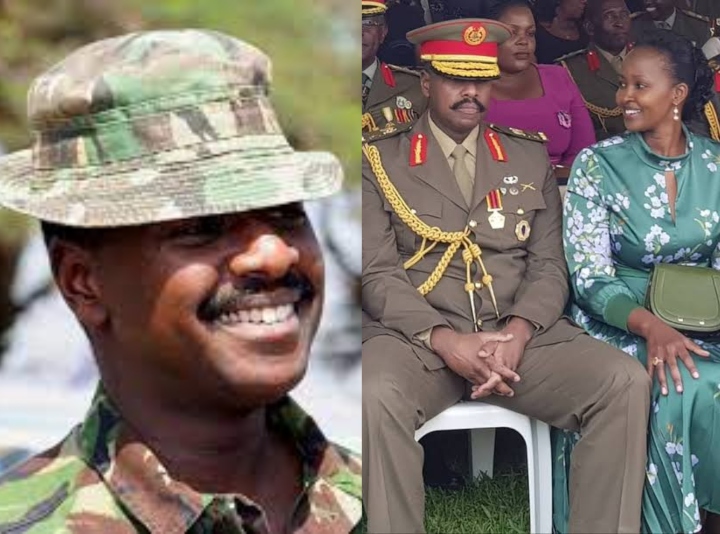 Muhoozi Kainerugaba, President Yoweri Museveni’s son, has hailed his wife Charlotte Kainerugaba as the reason behind his success.

Muhoozi Kainerugaba, President Yoweri Museveni’s son who is a senior commander in the Ugandan People Defence Forces (UPDF) has celebrated his wife in a lovely message.

In a message posted on Twitter, Muhoozi hailed his wife Charlotte Kainerugaba as the reason behind his success.

The 45-year-old Senior Presidential Adviser for Special Operations referred to his better wife as his boss, adding he could not have achieved anything without her.

“In Sandhurst they taught us that your wife will always be one rank above you, whatever you achieve.

So I salute my beautiful wife (Charlotte Kainerugaba). I couldn’t have achieved anything without her. My boss…Charlotte.”

This is not the first time the first son has praised his wife in public. The senior UPDF commander in the rank of Lieutenant General is known to invite his wife to speak before he gets to address public or family gatherings.

Muhoozi’s meteoric rise through military ranks has sparked speculation that he is being groomed to succeed his father.

But supporters of the Sandhurst British academy trained officer in UPDF have attributed Muhoozi’s fast rise to sheer discipline and diligence.