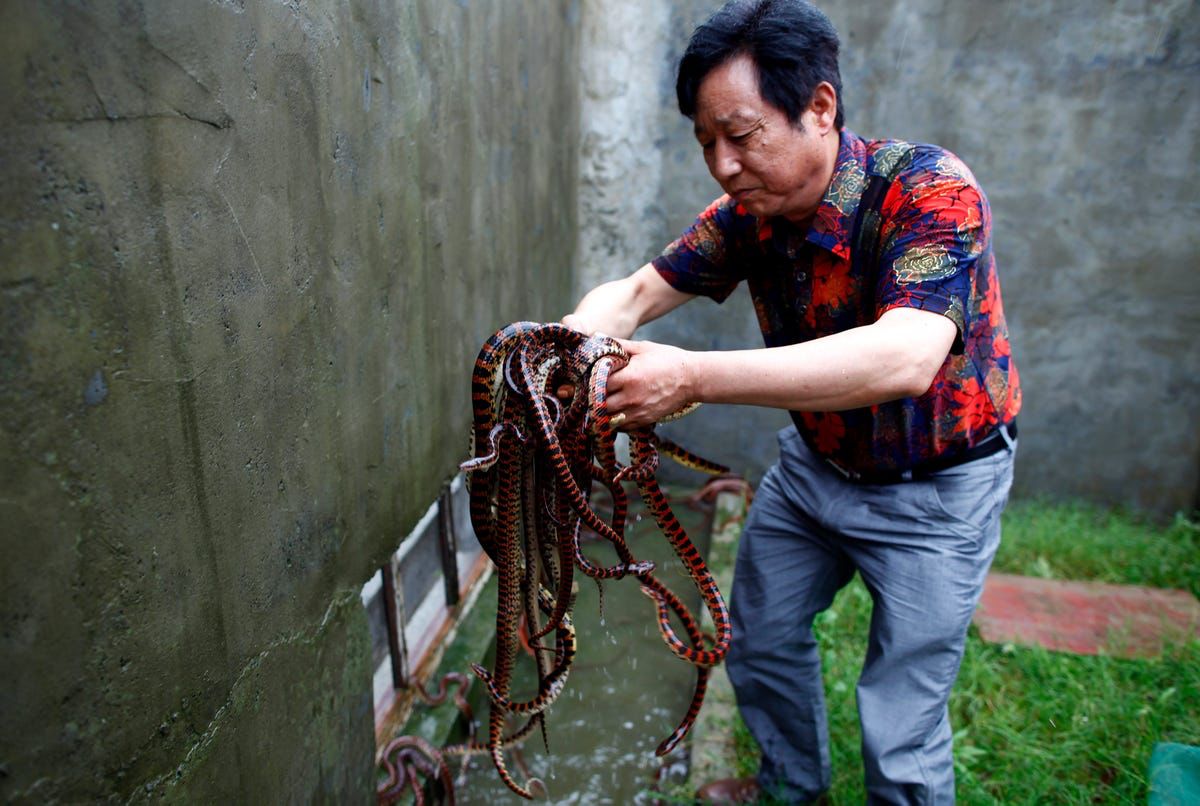 Roots Party presidential candidate Prof George Wajackoya has stirred the internet with his novel ideas, which he believes will enable Kenya pay its debt and propel the country to economic prosperity.

Apart from growing Marijuana for export, Wajackoya has proposed snake farming as something that his government will earnestly support.

But just how lucrative is snake farming? Is the practice profitable as the Roots Party presidential candidate suggests?

To answer these questions; it is important to train our eyes on the Zisiqao village in Zhejiang Province which happens to be one of the biggest centers for snake farming in the world.

Zisiqao qualifies in every sense for the title of the snake capital of the world.

There are about 160 families in the village that produce more than 3 million snakes annually which are sold for food and traditional Chinese medicine. 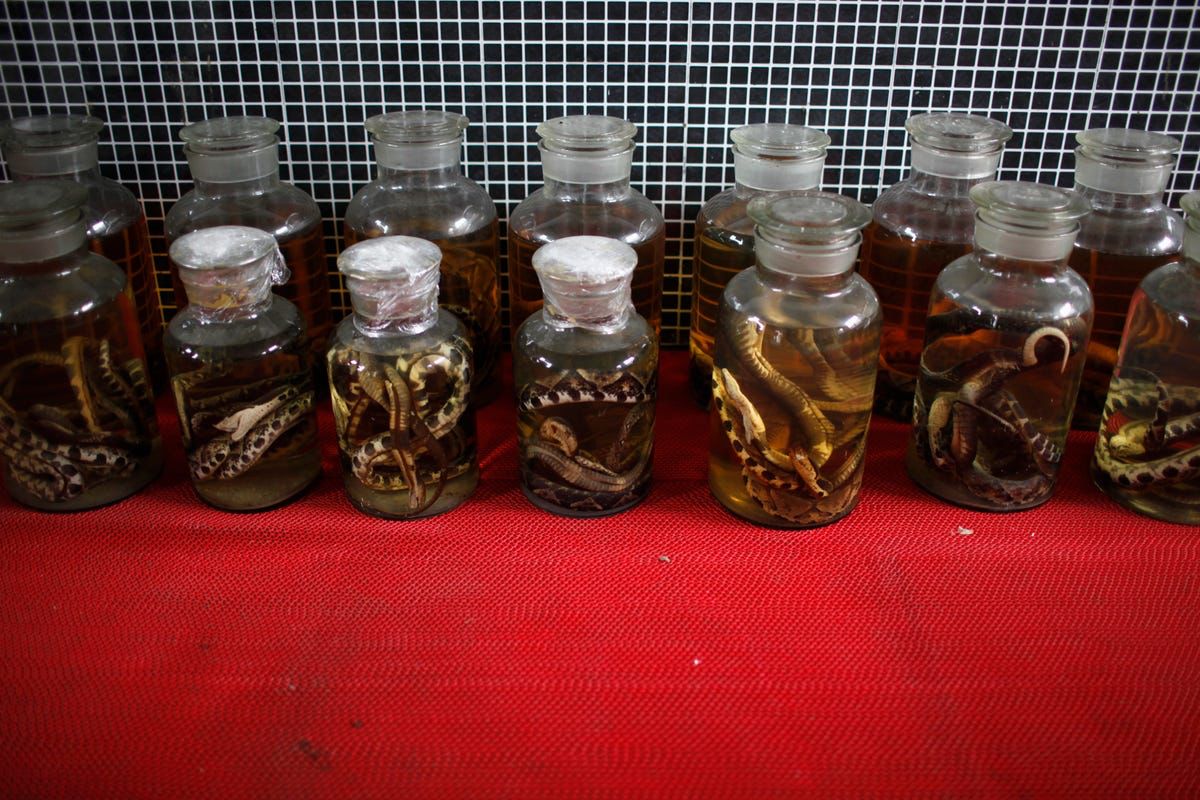 The snake farmers also export to the United States, Germany, Japan, and South Korea as well.

Overall, the village makes over $12 million (about year 1.3 billion) a year from the snake farming business alone.

But just how did the trade start and thrived in the Chinese village?

Yang Hongchang, a 69-year old farmer is believed to have first introduced snake breeding to the village in 1985.

It is further told that when the wild snakes Hongchang used to catch and sell became scarce, he researched how to raise snakes at home instead.

After three years of successful breeding — and a healthy profit — the other villagers began to emulate his methods, BBC reported in 2013. 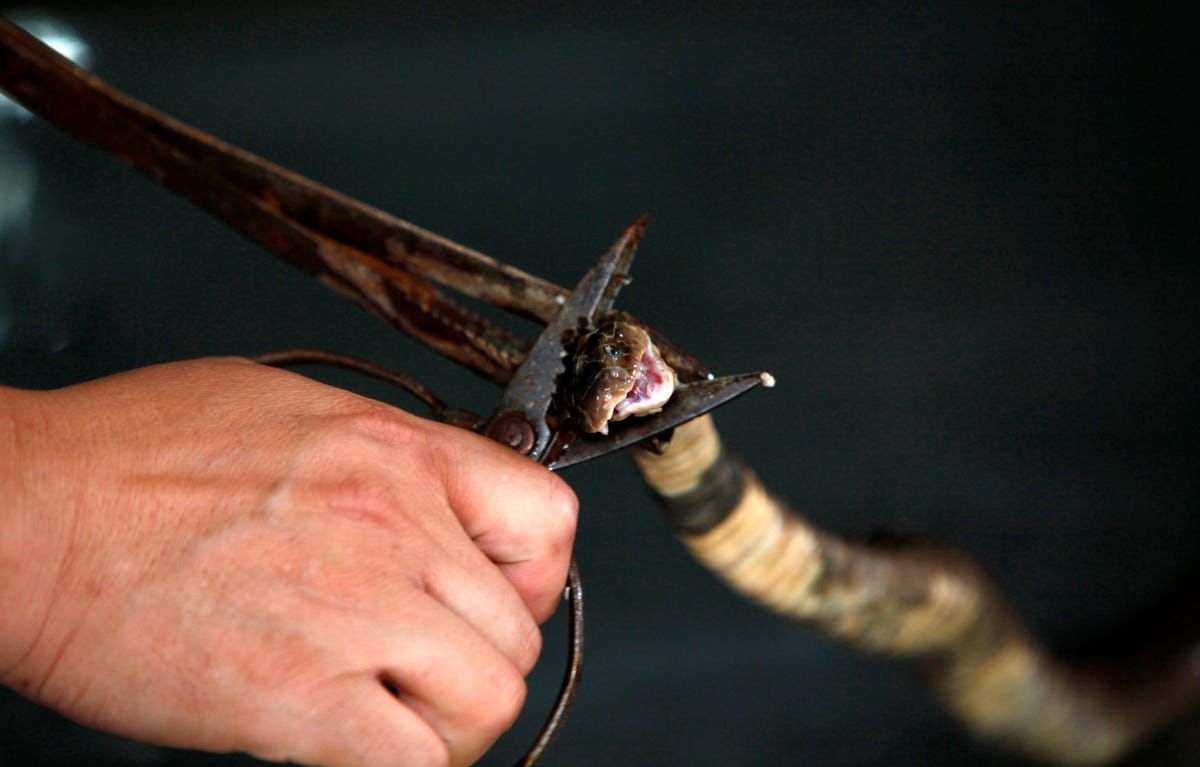 Snakes heads being chopped off after harvesting their venom PHOTO/REUTERS

Snakes are quite lucrative due to the growing demand for snake venom in the global market.

It is an open secret pharmaceutical companies spend billions to procure, research and manufacture snake antivenom.

By the same scale, snake skin, such as that of python, is highly sought after in the fashion industry.

Apart from snakes being a revered delicacy, the reptiles hold a special place in Chinese culture: Snake is the sixth in the 12-year cycle of the Chinese zodiac sign.

They even celebrate the Chinese Year of the Snake.

READ ALSO: Man Screams in Horror as Tame Snake is Draped Around His Neck: ‘Mama Yangu!’

Trade in snakes is protected under the Convention on International Trade in Endangered Species of Wild Fauna and Flora(CITES), and since China is a signatory, there has been increased control of international trade.

Still, China and Viet Nam remain the largest and most important producers of, and markets for, snake meat. China trades 7,000-9,000 tonnes of snake a year. 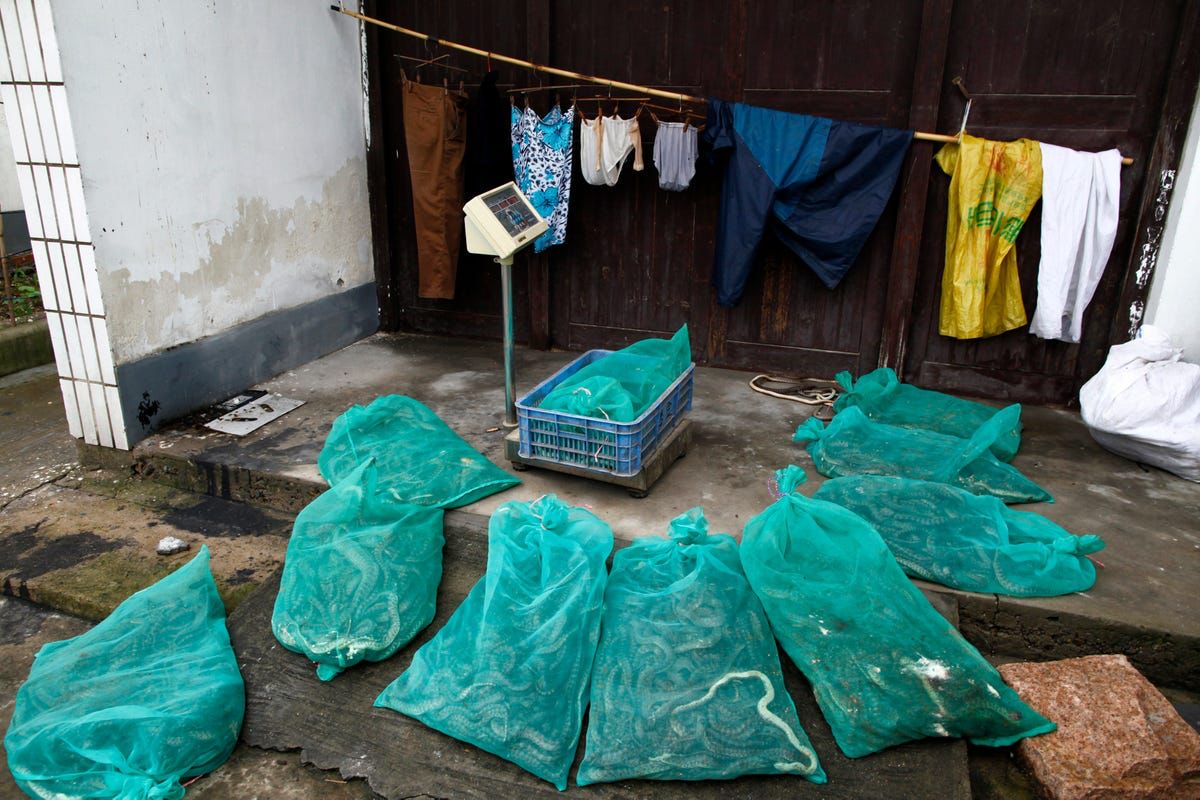 Pastor, Wife Arrested After Living with Dead Mother for Over Month

Tanzanian Preacher Claims Osinachi Nwachukwu is in Hell for Disobedience