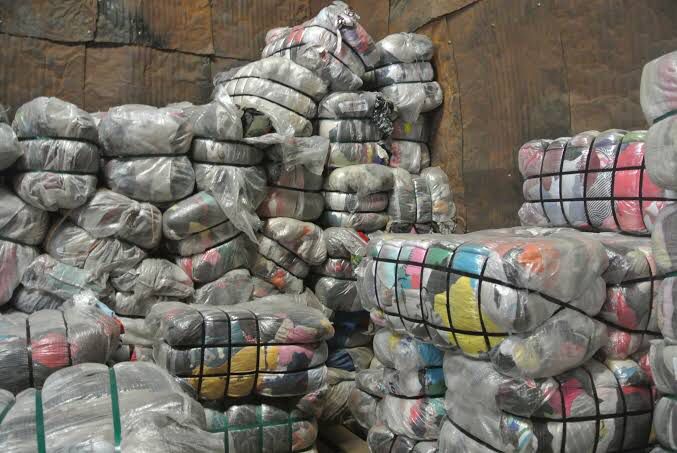 Raila maintained that mitumba importation killed the country’s textile industry, further stating that most of those secondhand clothes were worn by the dead.

Speaking during the launch of the Azimio manifesto, the former Prime Minister promised to make the changes if elected president.

“We will reintroduce cotton growing in large numbers in out country. We have so many parts of the country where cotton is the only available cash crop,” Raila said.

Raila maintained that mitumba importation killed the country’s textile industry, further stating that most of those secondhand clothes were worn by the dead.

“Our textile industry was killed through liberalization when they brought mitumba which killed all our textile industries. Our people are only wearing clothes comings from outside the countrywhich have come from people who are dead,” he added.

As a result, the ODM leader suggested the reintroduction of cotton production which can be sold to mitumba dealers and as such promote Kenyan products.

“We are going to get into primary production so that people who are importing mitumba can have good products to sell here. We are not removing anyone out of business

“We will ensure that those who are importing mitumba will get first hand to market goods which are going to be manufactured here,” Raila said.

Cyrus Njeri: Kenya needs to address the basics,what causes manufacturing here so expensive for example the rest will be done by private sector!I would love to drive a brand new car too sir!

Didmus Barasa: Those bashing @RailaOdinga for his comments on Mitumba clothes should forgive him. This is a man who was born when his father was Vice President and in his tender age, attempted to overthrow a legally elected Government.

Kimori Josephat: Many Kenyans have been surviving in Mitumba business over the past decades to make ends meet and earn a living. Even the young homeless people who we used to see on streets 20 yrs ago are now thriving well in the business as they can afford to raise families and boost our economy.

Not so long ago, Kenya Kwanza deputy president nominee and Mathira MP Rigathi Gachagua sparked reactions after netizens interpreted his remarks to mean that big corporations should be closed.

In an interview, the legislator seemed to root for the closure of big corporates such as Safaricom and the money used to fund small businesses.

Gachagua argued that taxes for such small businesses will be more than taxes from Safaricom alone.

“Their impact will be thirty times more than from just one big corporate. So we are not chasing big corporates. We are saying that even small and medium investors be taken care of,” he said.

However, GOTTA.news looked for a more complete clip in which the Kenya Kwanza deputy president nominee is largely rooting for support of small and micro enterprises as opposed to closure.

At 38, Ntalami Says She’s Ready to Settle Down in Marriage